St. Bernard is a dog that is large and most weight is referred to as “The Saint Dog” has a history for a long time. St. Bernard de Menthon has set up to help the victims in the Alps. The dog keeps saving people trapped in the snow or lost in the snow. These dogs sensitive nose Have an excellent sense of smell, smell know someone under the snow, the dog will run out as a group to patrol during a snowstorm struck. After the blizzard. To find the people who suffer the dangerous journey is stuck in the snow. And report the incident to the Saints to know and brought to the scene of the crime.

Saint Bernard dog faced with problems of species is weak is huge. Because the cultures are only the one species (Inbreeding) and disease are crossing. To increase the size and the strength of new dog. The dog breeds new housekeeper. In that time, larger than the St. Bernard dogs. The result of crossing this satisfactory results in all aspects. However, the crossing, St. Bernard dog breed long hair up first before until the year AD 1830 dog St. Bernard all have short hair. After mating the Saint Bernard occur extensively in the valley of Switzerland in Germany, other European countries. As well as Britain and the United States. For the traditional varieties of Saint Bernard? It is different from the current due to interbreeding.

General appearance.
The dogs are tall, proportion, powerful, strong, and muscles in every part, strong head , it is a dog with a gesture perceptive most.

Character of varieties.
A breed of friendly loyalty, fun-loving, pretty, kind, especially with children, not aggressive personalities have since sober until the playful is unhappy. Is a species like the practice and taking community ever since he was a puppy.

This breed of dog’s instinct to protect the family and other stuff. If a stranger he will bark and there must be present before you let the person into the house, the habit of St. Bernard must not be offensive or a coward.

Breed standard.
Habits – Intelligent cheerful is flatter, teach simple it is a popular meal for a long time all over the world.

Head – is very strong, there is big and wide, high cheek bones. A bone over the eye it clearly. The top of the eye skin forehead furrowed so obviously. Especially when the dog is alert Wrinkle is obviously more and more. The crease so much too obvious, not popular. The slope of the skull to the nose will culminate quite a lot.

Nose – nose is short, the crest of the curve, but will be a straight line. In some dogs still will break a little. Luanda head clear and quite wide.

Mouth – lips are not too thin. But the beautiful bows to the bottom edge. The lower lip must not hanging too much. Teeth should have the strength and mesh.

Ear – are medium in size, located in the position is quite high. Then fold bend down side is attached to the head, the ears soft, rounded triangular style

Eye – located in front of more than through the sides are medium in size, dark brown eyes are intelligent and friendly with depth medium. The eyelid below not closed can cause wrinkles at the corner of the eye. Lower eyelids too until the lacrimal gland clearly or red.

Heavy eyelids and the eye is too light, a trait that is not popular.

Neck – filed and set high, while on duty the throat will stand. In addition, to staying in the horizontal plane. The connection of the head and neck are obvious. The neck is muscle bundle, and side with roundness, which makes the view that the neck is short. The movie will be filed down below the neck until the obvious. But if too obvious to unpopular.

Shoulder – width and slope. There are many muscles and strength. Most of the shoulder height is clear.

Chest – a very modest curvature deep down below the elbow, not filing

Belly – separated from the waist with strength so obviously. Rise slightly.

Tail – large and long, weight, while staying are hanging down roll bend slightly. Which is not considered a flaw. The tail is slightly bent in the end, so it is in the form of letters f during movement the tail will be higher but not size Chu upright. Roll or tail over the back. The tail end roll down a little appearance is acceptable.

Hair – a very heavy, with a length of moderation, curly hair a little but not to roll bend. As usual, especially from the back end to the bottom, hair is curly tail feathers than one side called flag tail a flaw. The face and ears are covered with short hair and soft. The front legs are transported only slight thigh hind quite a lot.

Colors – white with red or red and white and red are many shades, Roy points (marking) needed is, chest, feet and tail, red white is very popular. If there is a single color or white is not popular, other colors are all considered a flaw.

Flaw – things all go wrong from the standard. Such as the back curved and laziness is not proportional. Hock bend too much. The end of the trunk is straight hair up the toe and ankle leg a lot. 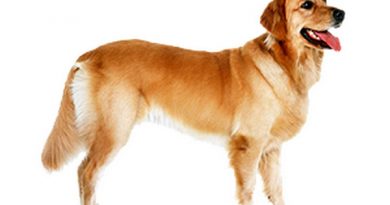 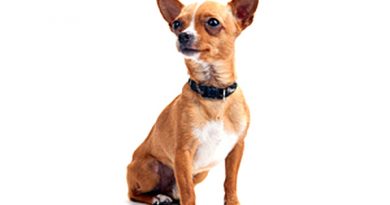 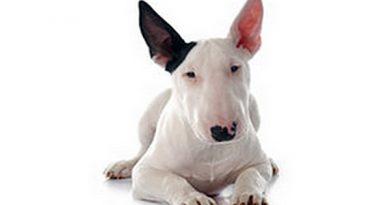